By heritage we mean traces from the past which are present today. Within heritage we make a distinction between intangible heritage (customs, habits and stories) and tangible heritage (buildings, nature reserves and landscapes, as well as books and works of art). Vehicles belong to what is known as mobile heritage. Under the theme of Heritage in the Atlas of the Living Environment you will only find information about intangible heritage because this can actually be found on the map.

Buildings are classified as tangible heritage. An example of such a building is the Domkerk cathedral in Utrecht, which was built from 1254 onwards, and has the highest church tower in the Netherlands. The Domkerk is one of the 63,000 national monuments in the Netherlands (see the National Monuments Register). National monuments are constructed or installed objects, or archaeological sites which have to be preserved due to their beauty, cultural-historical value or scientific importance. The largest concentration of constructed national monuments is in the Randstad conurbation in the west of the Netherlands and in cities such as Maastricht, Leeuwarden, Breda and Middelburg.

World Heritage in the Netherlands

One example of a nature reserve that is an element of the tangible heritage of the Netherlands is the 7,000 year old Wadden Sea. Due to the enormous diversity of plants and animal species, and the unique properties of its ecosystem, the Wadden Sea was even included on the UNESCO World Heritage List, which is an international list of tangible world heritage. The Netherlands currently has ten of these world heritage sites which are so important to the global community that they have to be passed on safely to future generations. These sites can be both cultural and natural monuments, or a combination of the two. In addition to the Wadden Sea, the Van Nelle Factory in Rotterdam, the canal ring in Amsterdam and the mills at Kinderdijk are, for example, also included on the World Heritage List.

The relevance of heritage Read more

Heritage is a source of knowledge

Anyone who knows the past, will have a better understanding of the present. Cultural landscapes, monuments, archaeological finds, collections and traditions tell the story of the Netherlands and tell us something about who we are. Heritage can be used to make the past tangible, liveable and transparent. It stimulates our curiosity for the past and can be researched as a historical source. For example, the windmills of Kinderdijk teach us about the history of the Netherlands as a country with a focus on water engineering. Cultural heritage can be used in education to motivate students and make them curious about our past.

Heritage is not a legacy which happens to us, but is what groups of people consider important for personal, social, political and economic reasons. Our heritage largely determines our cultural identity. That cultural identity enables us to identify with each other and use the same reference points. The stories which connect us to a certain place, make us proud of that place. Without this shared cultural identity there is no connection between people, despite that connection actually being necessary in order to ensure that people feel part of something and connected to a certain place and each other. Heritage can be the link between young and old and between various groups in society.

Heritage can also be a source of information for new developments. Giving historic buildings a new function is a way of preserving history. Examples are factories and churches which have been successfully transformed into new, commercial and public buildings. Revamping our heritage can revitalise a certain area and make it more attractive as a living environment. This then has an effect on housing prices and the composition of neighbourhoods.

The rule of thumb for matters covered by the Heritage Act and the new Environment and Planning Act is:

Among others, the following matters are covered by the Environment and Planning Act:

What does this mean?

New elements of the Environment and Planning Act

How to contribute to the preservation of heritage? Read more

Volunteers are essential when it comes to preserving and experiencing our heritage. Without them a great deal of unique heritage would be lost. Their dedication, passion and knowledge ensure that our heritage is preserved and remains accessible. Their enthusiasm also means they are an important link to a greater and more diverse audience. In the Netherlands there are various platforms which you can join as a volunteer. 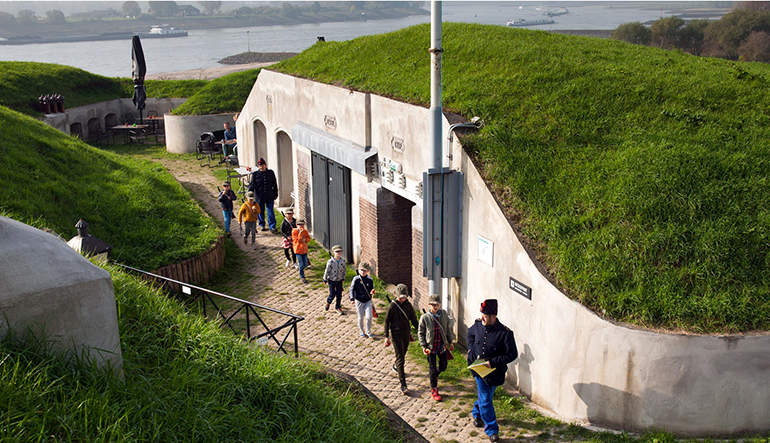