Cultural heritage has to be protected in order to preserve its unique cultural-historical character and pass that on to subsequent generations.

Parks and gardens with protected status

The Netherlands has approximately 1,300 parks and gardens with a protected status. They are protected due to their historic construction involving unique plants or other elements such as statues, summerhouses or lakes. These gardens and parks are also referred to as green heritage or green monuments.

The archaeological national monuments also have a national protected status because of their historical importance. Over time more attention has been paid to protecting invisible monuments. These historical remains from archaeological sites are best protected in the ground. After all they have been preserved there well for centuries and you can only take up an archaeological site once. What is more, subsequent generations may have other questions about our past.

The ten World Heritage sites in the Netherlands also have protected status to ensure that they are safe to be enjoyed by later generations.

The protection of our heritage is relevant because without it we cannot pass it on to subsequent generations. However, if we want to protect our heritage, we must also note the risks that threaten it.

Fire is the most commonly registered heritage incident

Fire in or near a national monument is the type of incident most frequently registered in the Database of Cultural Heritage Incidents. On average 30 to 40 fires are registered each year. Heritage managers are themselves responsible for fire safety and the fire safety regulations do not impose any additional requirements on listed buildings. At the Cultural Heritage Agency's symposium entitled Monuments protected against fire it was stressed that, for an optimal level of safety, heritage managers together with fire safety experts must decide how they can best protect the historical and cultural value of their property. After all, a devastating fire at a heritage site also has a major social impact. 'Ordinary' buildings can be rebuilt but in the case of historical structures or collections, once they are gone they are gone forever.

Tourism: a blessing or a curse?

Increasing tourism offers opportunities for heritage but also represents a threat. More and more people are visiting cultural heritage sites. That is good because more people are experiencing heritage and because tourism also generates income locally. However, tourism unfortunately has its problems because not all heritage sites can cope with large groups of visitors and may become damaged. Excessive numbers of visitors can also put pressure on the balance between operating the site and an enjoyable living and working environment. A good example is the Amsterdam canal ring, which is one of the three most visited World Heritage locations in the Netherlands. For policymakers this means they have to focus on sustainable tourism and on spreading tourism to other (World) Heritage Sites outside the city centre.

The consequences for heritage of earthquakes

Another threat to heritage are the earthquakes as a result of gas extraction in the province of Groningen. The Database of Cultural Heritage Incidents shows that, in the case of 33% of the listed locations in the province of Groningen, at least one incident of damage was reported to the Centre for Safe Living in the period 2012-2017. The damage in question was direct damage to buildings, as well as indirect damage due to preventive reinforcement work. Large interventions may mean that archaeological values (traces from the past which we would like to preserve) are also jeopardised, or even that valuable buildings have to be demolished. This also has consequences for the (cultural) identity of a village or neighbourhood.

The Cultural Heritage Agency is using the Earthquakes and Heritage Programme to encourage the repair and reinforcement of listed buildings while respecting their cultural-historical value, without jeopardising the safety of residents and users. You can see which national monuments are in high risk areas on The National monuments map combined with the Earthquakes map. The Cultural Heritage Agency also wants to help promote environmental quality and the preservation of the identity of the area affected. More information can be found in the assessment framework that the Cultural Heritage Agency has had developed and which may help create a proper balance between safety, the preservation of monumental values and the quality of life of residents.

Who decides whether heritage is valuable enough to be protected? The Cultural Heritage Agency decides, on behalf of the Minister of Education, Culture and Science, whether a building is going to be included on the National monuments list. Currently, the Agency only accepts new monuments very infrequently and usually these are buildings from the period of reconstruction after the Second World War. The Agency is currently focusing on improving the national monuments database and not on increasing its size.

The Cultural Heritage Agency (RCE) assesses which archaeological sites have to be protected on the basis of studies. This is always done in consultation with the municipality and other stakeholders.

The government also prescribes rules and takes measures to ensure the protection of valuable cultural heritage:

If you own a monument yourself, you can read how you can best protect it on a number of different sites: 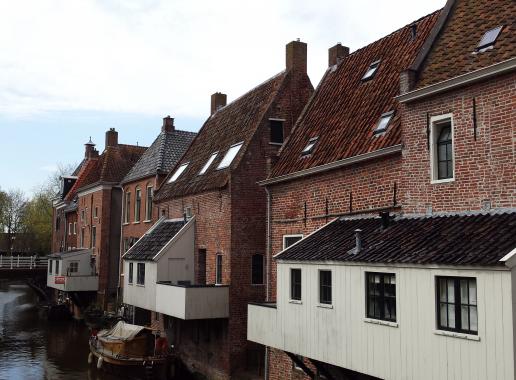