More and more people want to be involved in thrilling activities and they are willing to travel greater distances to do so. Golf courses, horse riding schools, hospitality businesses, go-carting tracks and cinemas have appeared on the periphery of towns and cities. In addition, the living environment is being used more and more frequently as the backdrop to events. Not only in towns and cities but also in the countryside.

Visiting events in the Netherlands is a popular activity. The total number of visitors in the fifty largest municipalities has been increasing for years and reached 65.4 million in 2016. Festivals are by far the most popular form, accounting for almost half of these visits.

Every year approximately six hundred sporting events take place in the Netherlands. This does not include matches in regular competitions. The events that attract most visitors include the Rotterdam Marathon (925.000 visitors)and the Nijmegen Four Days Marches (850.000 visitors). In addition large numbers of people follow sport in the media.

Sport, relaxation and entertainment appear to be going more and more hand-in-hand. This is reflected, for example, in the growing popularity of 'fun runs' such as obstacle races and The Color Run. Activities in the countryside are also popular, such as trail runs, music festivals and cycling and walking tours with something to experience on the way.

Large-scale (sports) events are becoming more and more commercial. Often they are part of city marketing and are used to promote towns and cities. The Sports Events Evaluation working group helps measure the economic and social impact.

According to professionals a healthy town or city is one in which children are able to play outside. Sport and play areas in the neighbourhood can help to ensure that children play outside instead of watching TV or playing computer games.

Playing is good for children's health and motor development. Participating in sporting events can encourage people to exercise and that is good for their health.

People can feel connected when they attend events. Sports clubs can help ensure that children learn to play together. They also facilitate social contacts.

The Health Council of the Netherlands recommends that children exercise for at least one an hour a day and avoid sitting still. It is important for them to know where they can play, walk and cycle freely and where they should watch out for traffic.

The mass visits to large events also imply a number of risks. These include noise pollution, accidents, violence and outbreaks of infectious diseases. Sometimes parts of the town or city are cordoned off temporarily.

The municipality compiles the events policy together with the police, fire brigade and medical services. Cooperation, safety and limiting nuisance are the focus. Often a permit has to be applied for from the municipality before events can take place.

The Ministry of Health, Welfare and Sport (VWS) and organisations in the music sector have made agreements to prevent hearing loss, for example by issuing earplugs with a music filter.

Jantje Beton and the Krajicek and Cruijff Foundation are working to encourage children to play and engage in sport more. Between 2014 and 2016 seventy schools created healthy school playgrounds with support from, among others, Jantje Beton. There are various initiatives which are intended to encourage children to experience nature more, such as Green does you good, Spring into nature and Nature Wise.

If you want to organise an event yourself, you should request a permit from the municipality.

Read more about experience and play 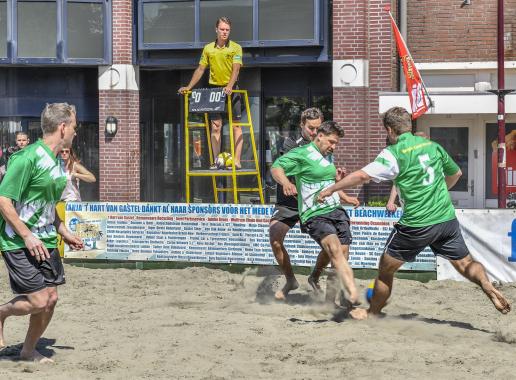