The way soil is managed is changing all the time. Before the age of chemical fertilisers it was clear to everyone that you were dependent on the condition of the soil in order to survive. The focus was on proper fertilisation in order to maintain that condition and therefore safeguard food supplies. However, the introduction of chemical fertilisers and plant protection resulted in the soil being regarded as a substrate, rather than a dynamic system. The condition of the soil was then unimportant. More and more the soil also became a place where you could hide all kinds of things, as a kind of cesspit of society.

At the end of the 1970s it became clear that the soil could not cope and people's perception of soil management changed. People started worrying about soil contamination and they started protecting the soil. Since then, knowledge about how soil functions has gradually increased.

The Soil Theme has been structured around a number of statements, namely the following:

I want to contribute to a better climate

I want to ensure a healthy soil

I want to work in the soil

I want to plant a vegetable garden

I am worried about pollution

Sustainable management of the soil offers people and society many benefits, from the possibility of producing food and purifying water to having a pleasant living environment and an attractive and varied landscape (ecosystem services).

Soil policy in the Netherlands is going to become more and more decentralised in the coming years. Soil management has to become a regular task of municipalities. In addition, the entry into force of the Environmental and Planning Act means that it is up to decentralised government bodies to determine how they deal with the opportunities and threats in the soil and substrate. The first soil covenant led to the urgent remediation of locations which were dangerous for public health. The focus of the second soil covenant (2016-2020) is on around 1,500 locations that represent a threat to the groundwater and around 200,000 less contaminated locations. If these locations are remediated or rendered manageable, this will signal the end of the classical approach to soil remediation.

Take note of what will change regarding soil.

You can create healthy soil. Use the soil sustainably so that it can recover quickly after use. Put briefly sustainable soil use means optimising the possible uses of the soil without damaging or depleting it.

By using the soil sustainably, you too can contribute to a better climate. 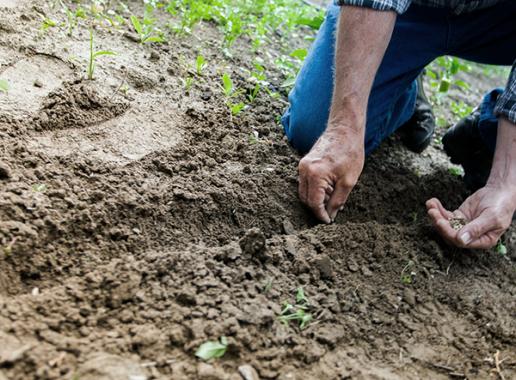