The climate is changing, including in the Netherlands. The soil is valuable when it comes to making the living environment climate-proof and ensuring a healthy living environment. Climate change can, in fact, lead to extreme weather conditions in urban areas and therefore (more) water nuisance and heat. The soil can help us cope with this!

There will also be more hot periods. The soil enables (public) green spaces, such as parks. Green spaces have a cooling effect and reduce the so-called heat island effect in towns and cities. In this way the soil helps to improve the quality of life in the town or city!

The soil can slow down climate change by sequestering greenhouse gas (carbon dioxide (CO2)) via plant residues which are absorbed into the soil. Carbon dioxide is one of the greenhouse gases which causes the Earth to heat up. The total stock of carbon in Dutch soil is estimated to be 357 megatons.

The soil in the Netherlands can also be a threat. The climate can have an effect in terms of drying out the soil. This can lead to subsidence, which has consequences for connecting cables and pipes. In the peatland areas the soil is subsiding due to the oxidisation of peat , causing the greenhouse gas CO2 to be released into the atmosphere and that contributes to climate change.

Storing water in the soil serves a number of goals, such as improving public health, the quality of life, preventing water nuisance, safety and the economy of the town or city and its residents.

Urban areas in the Netherlands are often contaminated with heavy metals, PAH (Polycyclic Aromatic Hydrocarbons) and other chemical substances. Likewise, the sludge from ditches and rivers is often contaminated with, for example, heavy metals and pesticides. In the event of floods due to heavy downpours or dyke breaches, contaminated substances may detach themselves from the soil and spread. Contents of arsenic in the groundwater can increase in the event of changes in the physical-chemical conditions of the soil. It may also be the case that noxious substances from storage tanks end up in the soil in the event of floods. As a result of these factors, people will be exposed to these substances and it is possible that they will damage their health as a result.

A properly pervious soil can considerably reduce threats such as floods. If rainwater is discharged and buffered in the soil, the water will be available in drier times for trees and plants and it is a useful supplement to the reserve stock of water for the preparation of drinking water.

useful supplement to the reserve stock of water for the preparation of drinking water. Using unsealed soil to store clean rainwater can ease the pressure on sewers during intensive rain showers and prevent them from overflowing. If sewers do overflow, then unpurified waste water that is diluted with rainwater, will end up being discharged onto surface water. This can cause contamination of groundwater with noxious substances and pathogenic organisms. It is also a sensible measure to save on purification costs.

Keeping the soil aerated gives the soil life a better chance and ensures that soil absorbs more organic matter. In that way it can retain more water.

Sealing the soil and heat and CO2 storage

Covering the soil with greenery instead of paving increases the (soil’s) biodiversity in the living environment and that enhances its quality. Trees and plants also help to cool a hot city on sunny days. As a consequence the city is cooler in the evenings.

In contrast to the increase in extreme rainfall, there is a greater chance of drought in the summer. In the case of older houses, constructed until approximately 1970 in the west of the Netherlands, this can lead to the extensive rotting of the piles supporting the houses. Green spaces in towns and cities may also deteriorate due to drought.

Subsidence can be caused by the oxidation of peat and the settling of peat or clay. Actively watering a certain area can raise the groundwater level. This can save on water level management costs. Subsidence can lead to considerable costs for society due to damage to houses and roads. Subsidence is usually irreversible. It has already caused large areas of Zeeland, Zuid-Holland, Noord-Holland, Friesland and Groningen to sink below sea level.

Soil and climate in the Environment and Planning Act

If a large portion of the soil is sealed in urban areas, the rainwater will no longer be able to infiltrate and there will be a significant decrease in the water storage capacity. Soil sealing is one of the themes referred to in the EU Soil Thematic Strategy (EU, 2012).

Making the Netherlands climate-proof is a joint effort for which each resident of the Netherlands shares responsibility. The state is inviting municipalities, water boards, provincial governments, social organisations, knowledge institutions and businesses to contribute. The National Climate Adaptation Strategy sets the course and the state arranges implementation through a number of initiatives, such as anchoring climate adaptation in policy, legislation and regulations and by encouraging the practical implementation of climate adaptation. For more information refer to the Change with ambition report of the National Climate Adaptation Strategy 2016, which focuses on subsidence, soil sealing, soil drying, water-saturated soil and soil disturbance.

A small number of 'carbon farmers' are deliberately trying to capture CO2. Soil is also on the agenda of the consultations which the Dutch Farming Union (LTO) is conducting with the government about the role of agriculture in achieving the climate targets.

As yet there is no subsidy scheme which would reward farmers who demonstrably capture carbon in their land. In Austria a scheme like this already exists. Austrian farmers receive 35 euros for each ton of CO2 which they capture over a period of five years (a measurable period).

A number of municipalities in the Netherlands are pursuing a policy to deal with subsidence. These include the municipality of Woerden which has a subsidence action plan 2050. This contains a policy framework and ambitions, such as the organisation of public space in existing neighbourhoods in a way in which it can adapt to the characteristics of the (peat) soil and ensuring that plot owners and the municipal organisation are aware of the measures they can take to limit the effects of subsidence on their land.

Greenery, water and the substrate also feature in the municipal zoning plans. The creation of sufficient water storage capacity is an important element of these plans. The aim of the water assessment is to ensure that sufficient attention is paid to water retention in spatial planning.

Instruments for weighing up the organisation of the living environment

The National Approach to the Environment and Health records what the government does to limit damage to people's health caused by the environment. The current National Approach (2008-2012) focuses on, among other things, the healthy design and organisation of the living environment. It was within this framework that the HealthyDesignGuide was set up. Among other things this website offers insight, inspiration and ideas, via recommendations, practical examples, instruments and background information, for people who want to design or organise a healthy living environment, for example regarding the creation of green spaces and water, whether in relation to climate change or otherwise.

Tips to contribute to a better climate Read more

You can also use the soil yourself to take measures to deal more effectively with the effects of climate change. Investing in climate resilience now will save money in the future.

You can create a greener garden (by removing tiles). Removing tiles will create more open soil in which to store water and space for cooling trees and plants. Information about how you can tackle this can be obtained from Operation Steenbreek, or using the Huisje boompje beter app.

You can use less paving or lay more permeable paths and roads. These will allow clean rainwater to seep away into the groundwater following a shower.

You can also detach your own drainpipe so that the rainwater from your roof can flow into the soil (via a water butt). Detaching the drainpipe is a sensible measure because it decreases the burden on the sewer system and saves on purification costs. The clean rainwater supplements the groundwater.

As well as detecting the drainpipe, other measures that can be taken include:

You can have a look at what is going on in other neighbourhoods and how people there are tackling this via the spatial adaptation website and then under 'examples'. One example from 2018 is the Climate-friendly playground at the Jenapleinschool where a greener playground is also making a huge contribution to reducing heat stress and the burden on the sewer. In addition the children are becoming more aware of the possibility of drought. After all, a period of no rain means no water to fill the tank. For these reasons the Drents Overijsselse Delta water board (WDODelta) has made a significant financial contribution.

From the perspective of water storage the soil can play a role in terms of the climate resilience of towns and cities through the construction of underground water buffers, infiltration systems, wadis, mixed sewer systems/smart drains, the use of permeable paving, water plazas and other layout-related measures. It is important to combine climate measures with other measures because these may help to improve the living environment, such as more green spaces in the town or city.

What is going on in your neighbourhood? How have others dealt with this? The map indicates where spatial adaptation is being applied in the Netherlands and elsewhere.

Read more about soil and climate 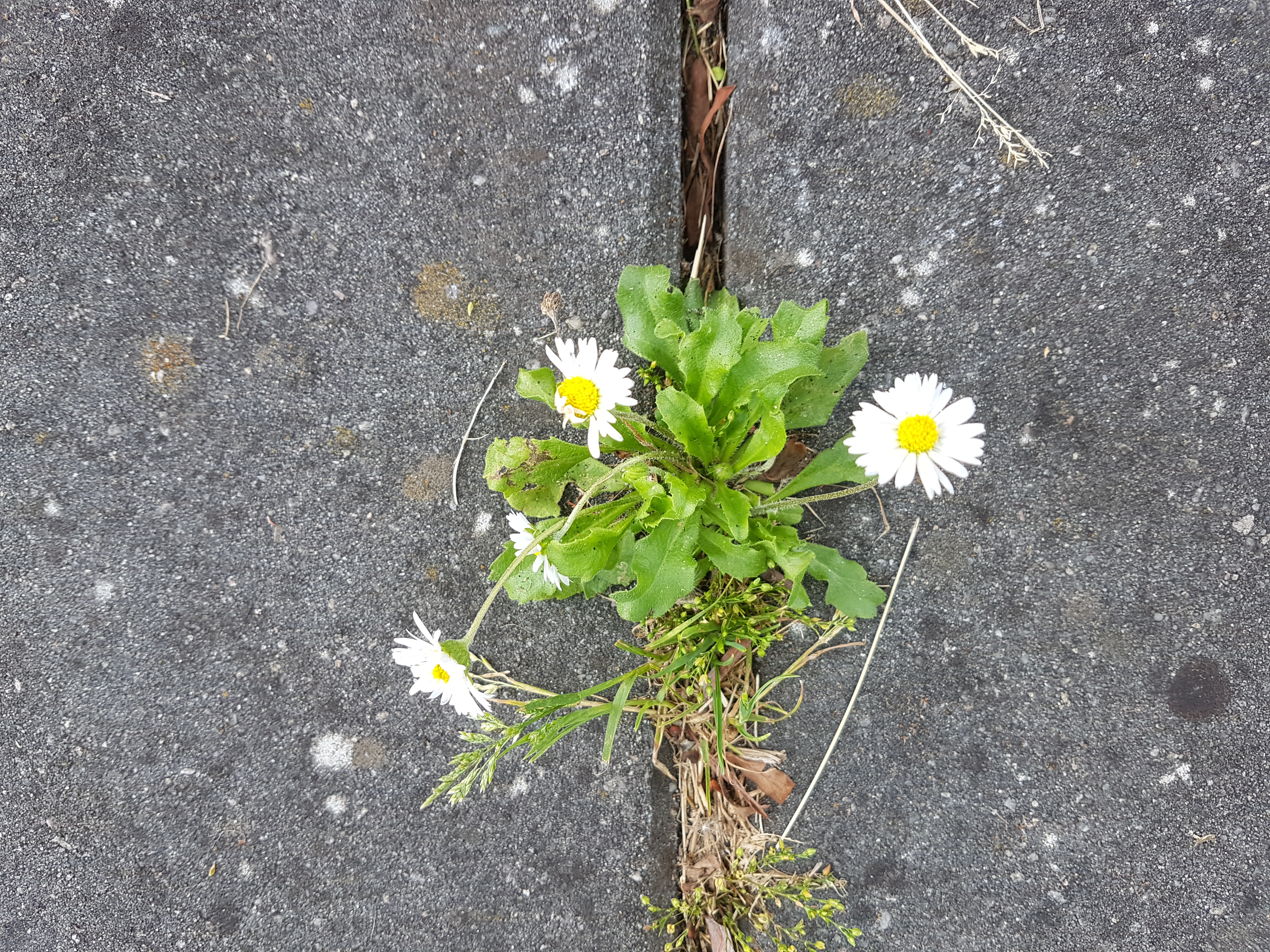