Groundwater is all the water in the soil and substrate. This water comes from rainfall, or from the soil via ditches, lakes, streams and rivers. Groundwater is used for, among other things, drinking water, growing food, industry, nature and energy. The soil may consist of several unconnected layers which contain water. Not all groundwater is fresh water because, in coastal areas, you also have salty or brackish groundwater.

At some locations the soil is polluted. This also has consequences for the quality of the groundwater. If groundwater flows through contaminated soil, it can spread the contamination.

Plants remove water from the soil. Good quality groundwater is therefore important for the cultivation of healthy agricultural crops and for vegetable gardens.

If the ground water is polluted, it might be possible to take measures depending on the depth of the groundwater and the type of crop. Possible measures include remediation, cultivating crops in plant troughs or ensuring sufficient amounts of fertiliser and lime.

It is the task of the provincial governments to protect the quality of the groundwater, for example in water extraction areas, and elsewhere. Groundwater quality is an obligatory element of the provincial environmental ordinance.

A permit is required before groundwater can be extracted from the soil. In the case of small extractions (less than 150,000 m3/year) the water board is responsible for granting the permit. For large extractions, for example for drinking water extraction, industry and geothermal energy, the permits are granted by the provincial government.

The permits allow the government to control which and how much groundwater is used for the various functions. In this way sufficient high-quality groundwater remains available for drinking water and other uses.

The quality of the groundwater is monitored continuously. There is a national monitoring network with approximately 350 wells, maintained by RIVM and provincial monitoring networks. In these wells chemical substances, such as nitrate, pesticides and heavy metals, the amount of water and the salt content of the groundwater are measured. In addition to these generic tests there are also specific tests for nature reserves and drinking water extraction areas.

Drinking water in the Netherlands is always of good quality. You can quite happily drink the tap water. Do you want to start a vegetable garden? If so, check to see whether there is any information on contamination in the soil or the groundwater. If you have any doubts or questions, please contact your municipality.

If there is contamination, you can take measures to remove or limit the risks, for example: 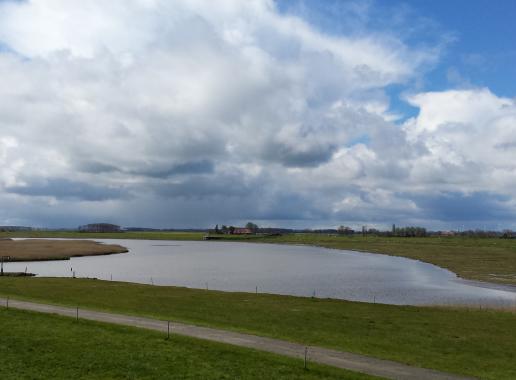