Good water quality is important for the people and nature. We use surface water to produce drinking water, to fish in and for leisure pursuits. Much of Dutch nature is dependent on water from lakes, ponds, streams and rivers.

Pollution by industry and households has significantly reduced since the nineteen seventies because the government started to impose rules on the discharging of water. Since then, although the physical and chemical water quality has improved significantly, work still needs to be done on the ecological water quality. One of the reasons for this is that it always takes a while before the ecology responds to improved water quality.

At this moment in time the most important causes of insufficient water quality are:

The government is taking measures to improve water quality. Legislation has been brought in to combat pollution. Water boards and Rijkswaterstaat are taking measurements, performing maintenance and structuring the water in a more natural fashion. Companies and private individuals are also working to improve water quality, for example through more environmental-friendly maintenance and more natural structuring.

Beautiful, clean and life-giving water is great for relaxation and leisure pursuits. These things are good for your health.

Contaminated water can cause illnesses in humans and animals through skin contact or swallowing. Possible health issues which may arise after swimming in contaminated surface water are gastrointestinal infections, skin complaints (e.g. swimmer's itch), ear or eye infections and/or flu-like symptoms. For that reason the water quality of official bathing water locations during the bathing season is checked every two weeks. Read more about bathing water and health on the bathing water page or at Zwemwater.nl.

The Dutch water authorities, meaning the water boards and Rijkswaterstaat, are taking measures to improve water quality. This can be done by, for example, creating nature-friendly banks, reducing excess fertiliser in the water, or by constructing fishways. In addition, the water boards are purifying the waste water in sewage treatment plants. The water authorities describe their plans every six years in the river basin management plans.

Water is not limited by borders. For that reason the same water quality standards apply in all countries of the European Union (EU). These standards are laid down in the European Water Framework Directive. This states, among other things:

In addition, other European guidelines impose standards on water quality, often as an interpretation of or a supplement to the Water Framework Directive. One example is the Groundwater Directive and the European Bathing Water Directive (source Rijksoverheid.nl).

The government regularly checks water quality. Rijkswaterstaat checks the water along the coast and in the large lakes, rivers and canals. The water boards do the same for regional waters. The government checks:

Water plants, fish and other animals are also an indication of the quality of the water. For example, some plants need extremely clean water in order to survive (source: Rijksoverheid.nl).

What can you do yourself?

Keep Dutch surface water clean. Do not feed the fish and do not throw any water plants from your aquarium into the surface water.

If so, contact your water board in the event of pollution of the surface water or unwanted discharges. This can also be done centrally via the Water Notification Centre. 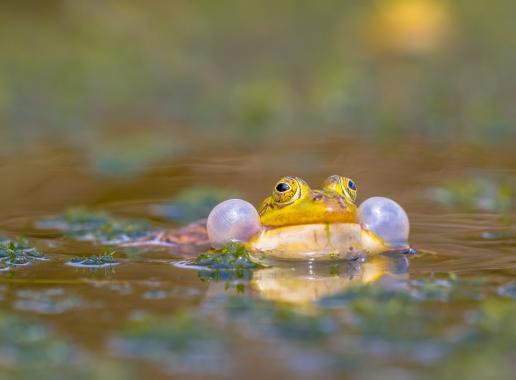