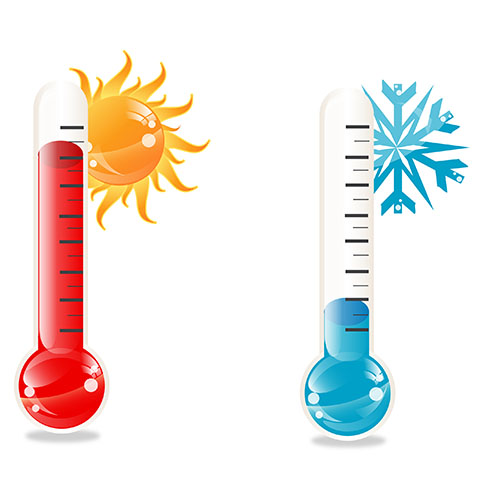 How much warmer will it get and why?

The average temperature in your area has increased over the last century. You notice this during the hot summers, when you sometimes might have difficulty sleeping and have less energy. The number of days with a temperature above 25 degrees Celsius has increased considerably throughout the Netherlands. It can already be warm in the spring. You can see snowdrops and blossoms in the trees very early in the year.

The average temperature in the Netherlands has risen by about 2 degrees Celsius since 1900. As a result, we have more warm and summer days. Heat waves are more frequent and there are fewer cold winters. According to KNMI, a hundred years ago the average number of tropical days was just over one per year in De Bilt. Now there are around five per year. 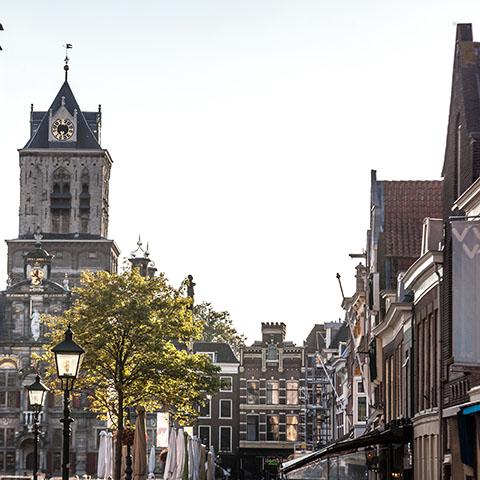 Where does it get hot?

The city, with its piled-up houses and paved streets and squares, heats up faster and retains its heat much longer than the areas surrounding the city and the countryside. The heating up of the city is caused not only by the sun, but also by human activities. Think of cars and scooters that radiate heat. But also air conditioners that make the inside nice and cool, but blow the heat outside.

Houses and streets heated by the sun do not cool down quickly, especially at night. One of the reasons is that the cooling wind cannot penetrate the streets properly. Outside the city, the houses are further apart. There are also more trees and plants there that have a cooling effect through shade and evaporation. This difference in temperature between the city and its surroundings is called the urban heat island effect. Over the year as a whole, the temperature can differ by up to 3 degrees from the city. On hot summer nights in particular, the difference can be even greater.

In addition to the difference in temperature between the city and the countryside, there are also differences within the country. In the south-east of the Netherlands, warm and summery days occur more often than in the north-west.

The heat in your area 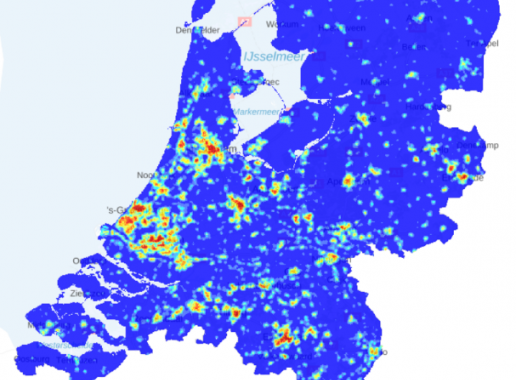 Check out our heatmap to see how much hotter it can get on average each year in your neighbourhood compared to other neighbourhoods. There can be huge differences!

Where does green cool? 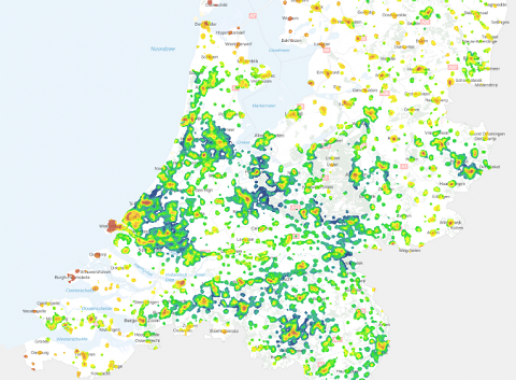 Greenery and water can cool our living environment. Find out how much it cools down in your environment.

How warm does it feel?

On a summer's day, it can feel even hotter than the thermometer indicates. The experienced temperature can be up to ten degrees higher, which can make you feel heat stress faster. 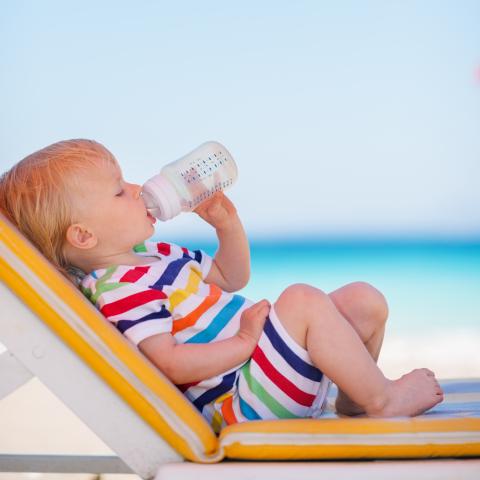 Heat and our health

Many people love it when the temperature is nice and high. But if the temperature is above 25 degrees Celsius for a longer period of time, it can become difficult to cope. People get short of breath or become tired and exhausted more quickly. Particularly the elderly, people who are overweight or ill, as well as young children can experience symptoms during a hot spell.

In 2019 there was a long heat wave. During that period, 400 more people died than during a normal summer, according to the RIVM. When it's so hot, you sleep poorly and that can make you moody. While you're sleeping, your body has to recover from the day's events, and it's harder to do that when it is hot. It also affects your work. It's harder to concentrate and you have less energy. In the city, it cools down less at night, so you suffer even more from the heat.

The GGD provides information on how to recognise heat-related complaints and what to do if you have symptoms. For more information on the heat and tips visit the RIVM heat page.

The  quality of the air you breathe gets worse during a long hot spell. Due to the heat, the moisture content of the air decreases. As a result, the amount of small dust particles (particulate matter) in the air increases.

Poor air quality can make you short of breath or cause discomfort to your lungs, and can lead to cardiovascular disease. If you already have lung problems or are a cardiovascular patient, your health problems can worsen.

In a period of summer smog, it is better not to exercise outside.

The high temperatures cause trees and plants to bloom earlier and longer. They can also bloom more intensively. This results in more pollen being released into the air over a longer period of time. If you are sensitive to hay fever, you may be affected by pollen for longer and suffer health problems more often.

The Netherlands is becoming warmer as our climate changes. This means that plants and trees from France, for example, can also grow well here. These plants, such as the allergenic olive trees, can cause hay fever symptoms in people who have never before suffered from hay fever.

When the sun shines on our skin, our body makes vitamin D. Vitamin D is important for strong bones and teeth as well as for our immune system. The amount of UV radiation reaching our skin depends on the position of the sun and whether it is cloudy or not.

On sunny days in summer, the strength of the sun is often high: between 7 and 8. Your skin can then burn within 15 minutes. If your skin burns often, you can get skin cancer. Skin cancer is the most common form of cancer in the Netherlands. The number of people with skin cancer is increasing.  Apply sun block properly in the spring and summer. Or seek out the shade. And protect your eyes from UV radiation with sunglasses. 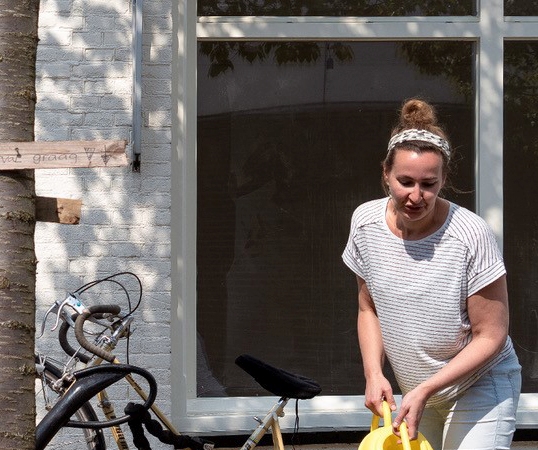 Cool down your living environment 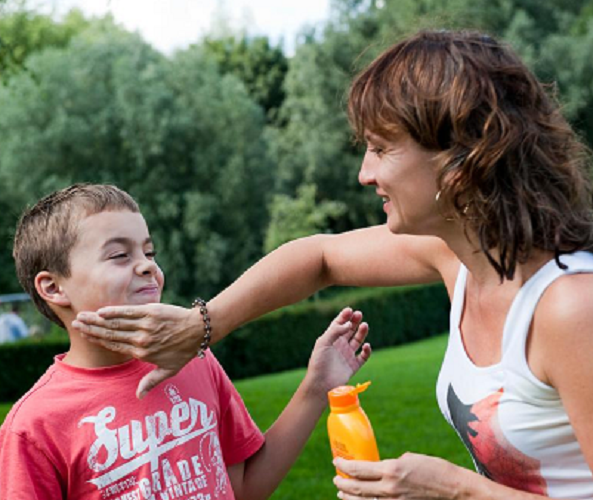 During periods of heat, RIVM and KNMI put the National Heat Plan into operation. The plan warns people about the heat and the risks involved, and gives tips on how to deal with the heat. The local heat plan guide helps local parties to draw up a plan specifically for their circumstances.

According to the Delta Programme on Spatial Adaptation, from 2020 on, the national, provincial and municipal governments and water boards must act in a climate-proof and water-robust manner. Heat is one of the four main themes. For the built environment, there is as yet little binding policy on heat. There are solutions to cool cities and houses, such as more trees, green squares and wind corridors. But these have not yet been laid down in policy.

The Working Conditions Act does not contain any specific rules on working in hot weather. The Health and Safety Portal does list measures that can be applied when working in the heat.

Also check out these pages 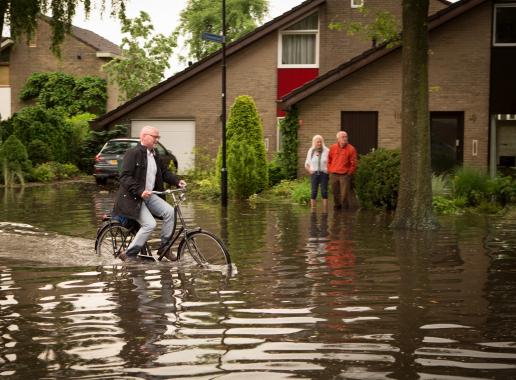 The probability of extreme rainfall is increasing. 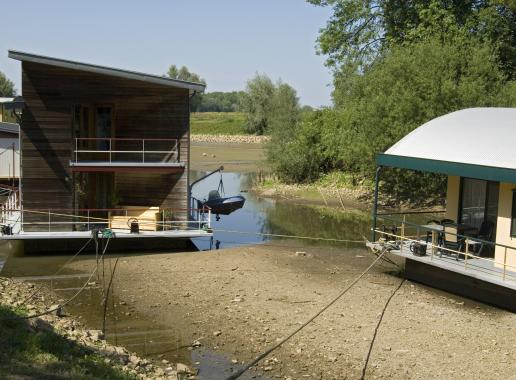 The probability of drought in (parts of) the country is increasing. 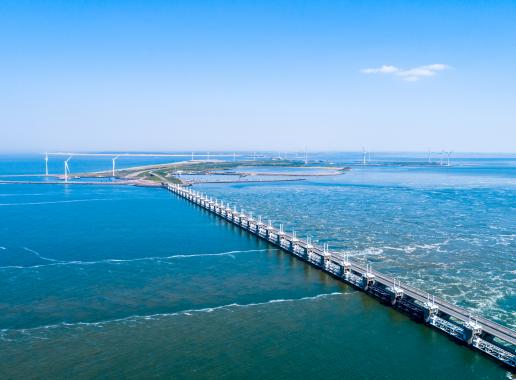 The sea level is rising and rivers have to drain more water.