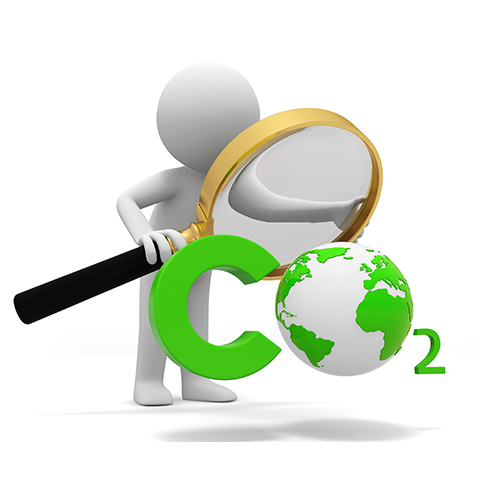 What is climate change?

The Earth's climate is changing. It always has, but never so fast. The average temperature on earth has been rising for the past 100 years. This is because there are more and more greenhouse gases in the air.

The greenhouse gas CO2 is responsible for most of the temperature increase. CO2 is mainly released when burning fossil fuels such as oil, coal and gas. Climate change also means extreme amounts of precipitation and drought. But it also means a change in wind currents and a rise in the sea level.

These consequences are already noticeable in our environment. In the Netherlands, for example, we are seeing more warm days, more heat waves and extreme rainfall. KNMI has been monitoring temperatures since 1901. There have been 28 heat waves since 1901. 12 of these have occurred in the past 20 years. It also appears that heavy rainfall is becoming more frequent and the average annual temperature is increasing.

The summer of 2019 was a record summer. It never got so hot during the day, namely 40.7°C. Such temperatures may become more frequent in the future.

How does a changing climate affect health?

Climate change has an impact on health. In 2019 there was a long heat wave. During that period, 400 more people died than during a normal summer, according to the RIVM. This was most likely due to the long period of heat. Especially people over 75 died because of the heat. People go outside more often when the weather is nice. This is also reflected in the number of cases of skin cancer (type of melanoma). There is a clear increase in the number of melanoma cases. This can be explained by the increase in the number of hours people spend in the sun.

The picture on the right gives a summary of how climate change affects the living environment and people's health. 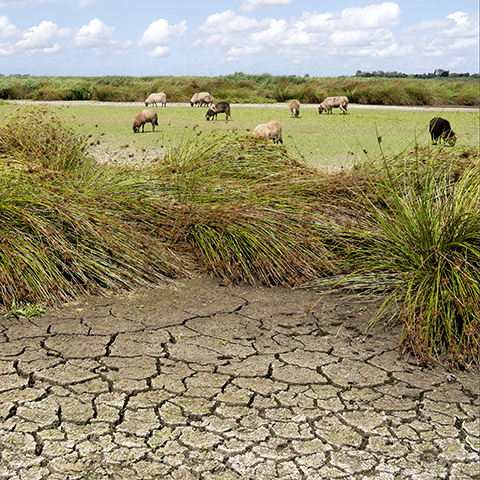 Effects of climate change on environment and people

Climate change affects our living environment. For instance, the growing season of plants and trees is changing. This leads to a longer and more intense pollen season. People with hay fever suffer more as a result. Agriculture and nature have to deal with periods when it rains more or is dry longer.

Air and water temperatures will rise in our surroundings. We may also have to deal with flooding from the rivers/sea and inundation due to heavy rain. More particulate matter and UV radiation will worsen the air quality. This can lead to an increased risk of allergy and respiratory complaints. Heat can lead to heat stress, dehydration and mental complaints.

Higher temperatures cause bacteria to grow faster in water used for swimming in summer. This increases the chance of getting sick after swimming due to, for example, blue-green algae.

Not all effects of climate change are negative for health. Warmer winters mean fewer deaths. Higher (annual) temperatures mean that we go outside more. We exercise and relax more in the open air.

In 2015, the UN climate summit in Paris agreed that global warming must not exceed 2°C. 28 Member States of the European Union signed the agreement. What the Netherlands has to do to achieve this can be found in the Climate Act. This law states how much we, as a country, are allowed to emit of the greenhouse gas CO2. The agreement is that in 2030 we must emit 49% less CO2 than in 1990. By 2050, the reduction must be 95%.

The government is working with various sectors to achieve the climate targets. How this is done is described per sector in the climate agreement. For example, it has been agreed with the energy sector that 70% of all electricity in 2030 will be of renewable origin (mainly wind and solar energy). The built environment sector will start by making 1.5 million existing homes more sustainable by 2030.

The NAS visualises the effects of climate change, connects the organisations involved and ensures that we take action together. The implementation programme for 2018-2019 explains how this is done.

The Delta Plan for Spatial Adaptation is a joint plan by municipalities, water boards, provinces and the national government to prepare the Netherlands for climate change. For example, all government bodies will have taken a stress test before the end of 2019. This test tells where their vulnerabilities for climate change lie.