Exercise is good for your health. Nevertheless, more than fifty percent of people in the Netherlands exercise too little. According to the exercise guidelines adults ought to exercise fairly intensively for at least two and a half hours a week, for example by walking or cycling, and children should exercise for at least one hour a day.

We not only exercise during sport, but also during our daily activities. Such as cycling to work or school, walking to the supermarket, gardening and vacuum cleaning.

The role of public space

The way in which the space is organised can encourage people to start exercising. Having supermarkets and other facilities in the neighbourhood, rather than on the edge of the town or city makes it easier to do shopping on foot or by bike. Traffic and parking policy can discourage people from using their cars. Lighting along cycling routes can encourage people to use their bicycles more frequently in the evenings.

Exercise is healthy for all age groups. According to the exercise guidelines adults should exercise fairly intensively for at least two and a half hours every week. Moderately intensive activities are activities which take some effort, but during which you can still continue to talk. This includes walking, cycling and leisurely swimming. The guideline for children is that they should exercise for at least one hour a day. Muscle and bone strengthening activities, such as strength training and fitness training, are also recommended for both groups.

The more the better

Exercise lowers the risk of chronic diseases such as diabetes and cardiovascular diseases, depression and - in the case of the elderly - broken bones. The more time people spend on exercise, the greater the effects. Taking a step from not exercising at all to 'moderately intensive exercise' generates a relatively large health benefit. Using spatial planning to encourage exercise during daily activities can therefore make a major contribution to a healthy society.

Exercise in visions and plans

The state, provincial governments and municipalities create structural visions for their own area. These include the overall plans which the government has for a particular area. When the Environment and Planning Act comes into force, structural visions are replaced by environmental visions. In these visions, one provincial authority or municipality will pay more attention to an exercise-friendly environment than the other.

The municipalities' structural visions are implemented via changes to the zoning plan. In this way, municipalities can, for example, ensure a proper spread of facilities such as schools and shops. In mobility plans they focus on encouraging cycling and walking and discouraging people from using their cars.

Often measures to encourage exercise coincide with measures in other policy fields, such as promoting accessibility, air quality and sustainability. One example of this is discouraging people from using their cars and encouraging people to walk or cycle.

Learning from each other

There is a lot of knowledge about, and experience with, organising an area in a way that encourages exercise. The state encourages the exchange of this knowledge. The Healthy Living Environment Guide can help you organise space in a healthy way and includes a number of practical examples. You can find even more practical examples on how to organise your living environment (more) healthily in the Healthy Design Guide.

Exercise is good. Exercising more is better. The exercise guideline for adults and elderly people is as follows:

In the case of children aged between 4 and 18:

Make sure that you do not spend hours sitting on a sofa or chair, for example, when watching television or using a computer. Tips for exercising more in daily life are:

Read more about an exercise-friendly environment 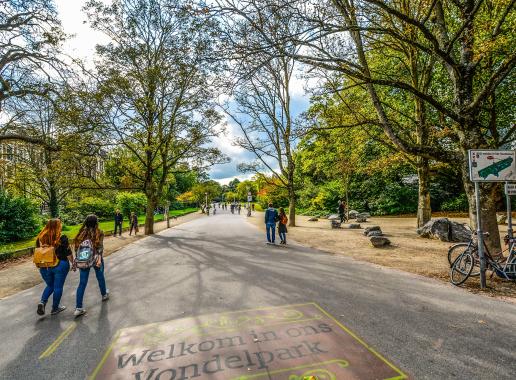